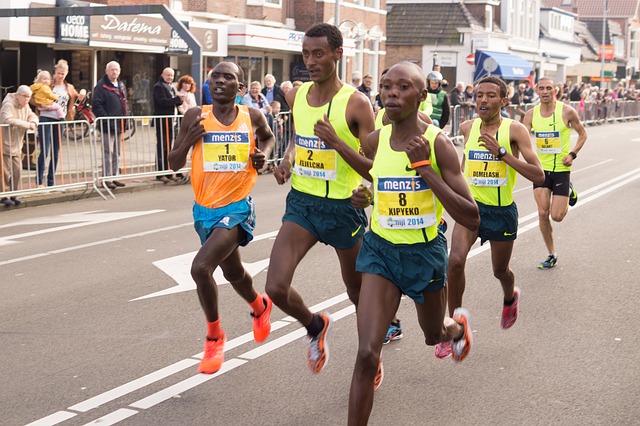 Since the 1920s, fitness and nutrition experts believed that carb-loading diets are the most beneficial for runners. This is because previous studies revealed a drop in blood glucose levels during marathon. To combat this, they injected glucose to help improve the athlete’s performance.

However, recent studies reveal that runners may actually benefit more if they follow a low carb diet. Nutrition experts Jeff Volek, M.D. of the University of Connecticut and Colette Heimowitz of the Atkins Nutritionals Inc. both have reasons to believe that low carbohydrate is more beneficial.

Why the Low Carbohydrate Diet?

Marathons usually last for hours and the body has no choice but to burn through carbohydrates and pick up fat as an alternative fuel source. If an athlete’s body is trained to use fat as energy source, it will not have any trouble doing so (and at an efficient rate) during the competition.

Recommended Meal before a Competition or Race

Just the night before a competition, nutritionist Colette Heimowitz recommends athletes load up on proteins from eggs, fish, lean meat and poultry.

Calories should be taken from slow-release carbohydrates as well. These include non-starchy vegetables (spinach, broccoli, kale, and cauliflower), fresh fruits (except tropical fruits such as pineapple, papaya and mango), sweet potatoes, nuts, nut butter, steel cut oats and quinoa.

These foods have low to moderate glycemic index and since they are slowly released to the bloodstream, blood sugar levels remain constant with hardly any spikes at all.

Foods to Avoid Before and During the Competition

Heimowitz warn athletes from eating fast acting carbohydrates as well as sugary sports drinks. When a person consumes fast acting carbs, blood sugar levels spikes. Once there is a spike blood sugar levels, insulin will be released to inhibit the absorption of glucose. In effect, the body becomes fatigued and gastrointestinal distress follows. On top of these, the cortisol reaction to stress will also inhibit fat from being converted to energy.

The body has a limited capacity to store carbohydrates but it has unlimited capacity when it comes to fat storage. Teaching the body to use up fat for energy generally improves the body’s capacity to endure long hours of physical activity.

However, both experts warn athletes against taking up a low carbohydrate diet a few days before a competition. Proper introduction and conditioning is still needed in order for the body to adapt well to changes in diet. Never subject your body to a sudden diet shift. A doctor’s approval is still recommended.