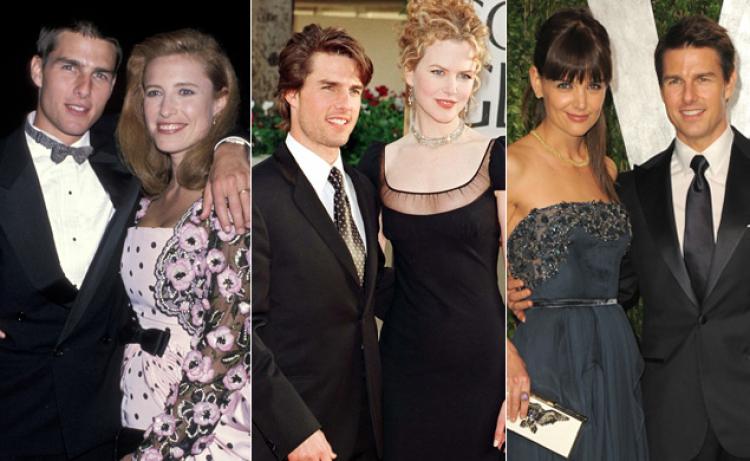 Cruise married actress Mimi Rogers on May 9, 1987.  They divorced on February 4, 1990. Rogers introduced Cruise to Church of Scientology.  Cruise met his second wife, actress Nicole Kidman, on the set of their film Days of Thunder (1990). The couple married on December 24, 1990. Cruise and Kidman adopted two children, Isabella and Connor Antony. In February 2001, Cruise filed for divorce from Kidman.  In April 2005, Cruise began dating actress Katie Holmes. On April 27 that year, Cruise and Holmes – dubbed “TomKat” by the media – made their first public appearance together in Rome.  A month later, Cruise declared his love for Holmes on The Oprah Winfrey Show, famously jumping up and down on Winfrey’s couch during the show.   On October 6, 2005, Cruise and Holmes announced they were expecting a child.  In April 2006 their daughter Suri was born. On November 18, 2006, Holmes and Cruise were married at the 15th-century Odescalchi Castle in Bracciano, Italy, in a Scientology ceremony attended by many Hollywood stars.  Scientology’s purported influence on Cruise’s relationships. In 2013, Cruise stated that ex-wife Katie Holmes divorced him in part to protect the couple’s daughter Suri from Scientology. He also said that Suri is no longer a practicing member of the church.  Rumor has it that marriage number four may be on the way to Mission impossible co-star Vanessa Kirby!