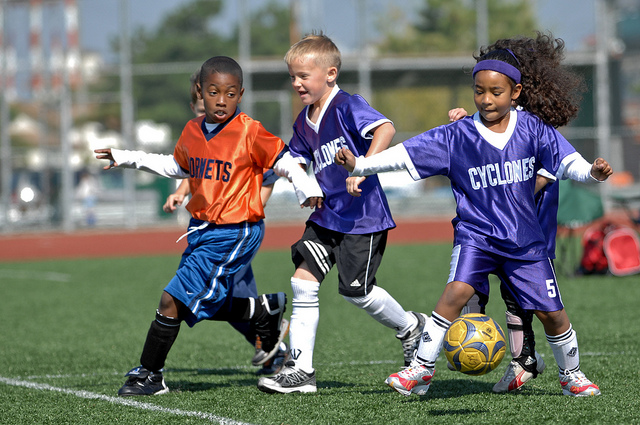 A study published in the October issue of the Pediatrics Journal focuses on the effects of daily physical activities in pre-adolescent children aged seven to nine years old.

Details of the Study

The study involved 221 pre-adolescent children who were divided into two groups. One group was enrolled in a nine month physical activity program and the other group served as a control group.

The physical activity program, also known as FIT Kids Program, required the subjects to undergo at least 70 minutes of moderate to vigorous physical activity, a rest interval and then another 45 minutes of organizational games such as a group sport. The kids enrolled in the program need to complete it in 150 days. The participants had an average attendance rate of 80 percent throughout the school year.

During the experiment, the researchers measured the following from the participants – maximum oxygen consumption, electrical activity in the brain and behavioral measures of executive control through certain cognitive tasks.

According to the lead author, Charles Hillman, PhD, of the University of Illinois, Department of Kinesiology and Community Health, those who were enrolled under the FIT Kids program exhibited better performances in multi-tasking, concentration in blocking out distractions and in mental focus. The improvements were twice as much as those who were in the sedentary group.

Lastly, the rate of attendance among participants in the intervention group was directly proportional with the improvement in brain function and flexibility task. The more often they attended physical activities after school, the greater their improvements were.

Currently, U.S. and European guidelines require children and teens to get at least 60 minutes of exercise per day. The activities should range from moderate to vigorous.

Similarly in adults, regular physical exercise has also been found to improve cognitive function. Some studies also conclude that regular exercise in senior adults prevented dementia, Alzheimer’s disease and other cognitive disabilities from setting in.