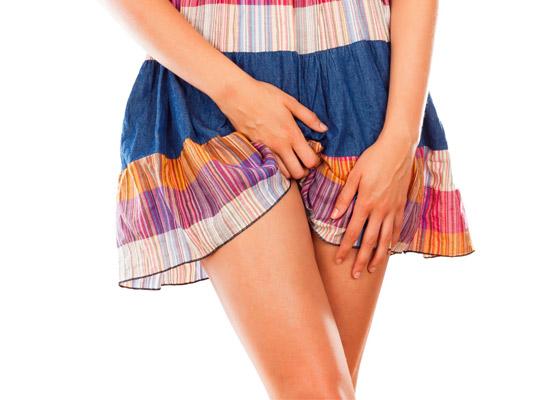 Yeast infection is a common gynecological problem. Most women experienced having it once in their lifetime. However, some women do not immediately realize that they have it. They may dismiss it as simple vaginal itching.

Yeast infection is caused by Candida albicans, a type of fungus. Although yeast can be found in our body, an imbalance can lead to its overgrowth and can eventually cause the infection.

Although non-life threatening, yeast infection can cause discomfort and occasional pain. The initial symptom is usually intense itching in the vaginal area. The pain can become so intense at night. Upon physical examination, the area may contain white, odorless (sometimes starch-like odor) clumpy discharge. The discharge causes the itching; washing the vaginal area with water usually relieves the itching. Moreover, urinating can be painful and uncomfortable due to burning sensation. The area can be red and sore due to frequent scratching.

Although it is best to visit your doctor and ask for prescription medicines and vaginal suppositories, changing your diet can help minimize the occurrence of yeast and fungal infections in general. For instance, here are five popular foods believe to control or cure yeast infection.

Garlic is known to have anti-bacterial properties but it is also anti-fungal as well. Garlic contains ajoene; a natural compound found in garlic which known to kill fungal infections including Candida. Moreover, it also contain an active ingredient known as allicin, which is formed from the combination of allinase and allin. The compound allicin also helps ward off microbes and fungi that may otherwise invade the garlic clove.

Coconut oil has been proven by many studies to have fungal properties. It contains Caprylic acid and Lauric acid, which are both anti-fungal. This claim is supported by a study conducted in 2013, which was published in the Biomed Research International Journal. Virgin coconut oil can be consumed directly or coconut oil can be used during deep-frying and cooking.

Yogurt contains live microorganisms that can help maintain a healthy gut. Actually, there are many other sources of probiotics aside from pro-biotic drinks and yogurt. Did you know that kimchi also contains probiotics? Other food containing probiotics include Japanese foods such as miso and natto as well as the Indonesian dish called tempeh.

Rutabaga, also known as yellow turnip, is also a potent anti-fungal with anti-cancer and antioxidant properties. Rutabaga can be made into fries, mash or added into your favorite soup.

Although more research is needed to strengthen the evidence that ginger is an effective anti-fungal food, there are initial studies such as the one published in the 2011 Journal of Dental Sciences and Research proving that the spicy root can cure Candida albicans.

Yeast infections can be stubborn because it can come back and re-infect you multiple times. It is therefore, important to help your immune system fight off yeast infection by eating the right kinds of food to control fungal overgrowth.