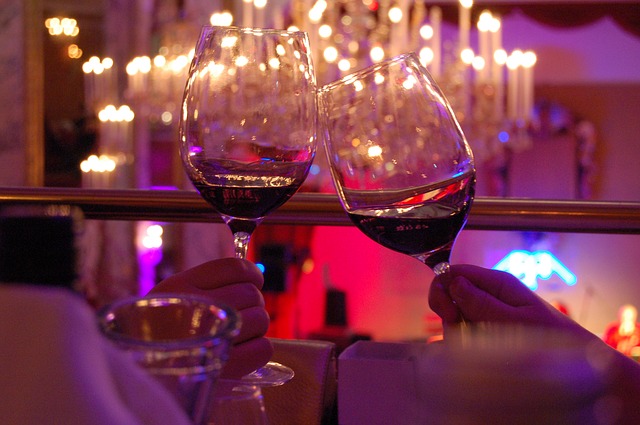 The Colour Lab is perhaps the largest public experiment ever conducted. The study aims to establish the effects of lighting and music to how people perceive food and drink.

The experiment was sponsored by winemaker, Campo Viejo. It was held in May 2014 during the Streets of Spain Festival in London’s South Bank.

The participants were made to sit in a room with different lighting – red, white and green. Some participants even heard snippets of music from the likes of Mozart and Tchaikovsky. The experiment, which was held during the festival, lasted for four days. Spence and his team previously held a smaller lab test experiment and would like to see if results were similar if the test population is bigger and more varied.

The participants were actually holding the same glass of wine all throughout the experiment. So they know that the wine they tasted and rated under varied conditions are one and the same.

The experiment started with the participants being handed out a strip of paper dipped in phenylthiocarbamide. This is to assess how sensitive their taste buds are. Those who are sensitive to taste should experience a bitter aftertaste while those whose taste buds are not that sensitive will not taste anything at all.

Participants stayed in a room, facing the wall and were given scorecards. The room’s lighting changed as well as the accompanying music. Each were handed a glass of wine in a black goblet. They were made to taste it as each light and music changes. After each taste, they were asked to rate each wine using the scorecard.

The results were in line with his previous hypothesis. Subjects perceived wine as better tasting in red lighting. Meanwhile, subjects gave the lowest score in green lighting. Red is often associated with sweetness while green is associated with sourness.

The lighting in our environment plays a role in cognition. It can make us more responsive to certain tastes. The hypothesis that lighting can influence our emotional state cannot be exactly established. However, these findings can be used in designing restaurants, bars, wine shops and food establishments in the future.