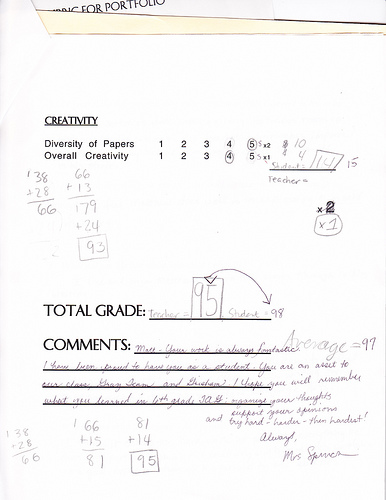 Dementia is so common in the US, that one out of three senior adults (mostly women) die with this affectation or Alzheimer’s disease. It is also included in the top 10 causes of death in the US. Unfortunately, the condition cannot be prevented nor cured. In 2015, about 5.3 million of Americans have Alzheimer’s disease or another form of dementia. By 2025, the number is expected to climb up to 7.1 million.

In a study made by a group of researchers in Karolinska Institute, it was found that school age grades at the age of 10 could be an indicator of dementia. Researchers found that those who developed dementia later belonged to the lowest quintile of their class. They were 21 percent likely to develop dementia. Meanwhile, those who belonged to the top of the class were 39 percent less likely to develop dementia.

Dr. Serhiy Dekhtar, a postdoctoral research fellow at the Karolinska Institute, Clinical Neuroscience Department, said that cognitive ability as early as 10 years old can be used as baseline indicator of the cognitive ability in late adult life. For this reason, lifestyle changes can be modified in order to ensure that dementia is prevented later in life.

Regular physical activity combined with a healthy lifestyle is the best way to prevent the onset of dementia. According to Alzheimer’s Society, getting into a regular exercise regimen can significantly reduce the risk for dementia. Maintain your BMI between 18 and 25. Stop smoking and always drink in moderation. Eat healthy as well. You will have 60% less chances of developing cognitive problems.

Smoking can increase your risk for developing hypertension, cardiovascular disease and stroke. It also hardens the blood vessels. These instances damage the blood vessels in the brain. This is why it is best to stop smoking as early as possible.

Avoid activities that can cause trauma to the head. Always protect your head from concussion and possible traumatic head injuries. Wear a helmet when necessary. Several studies show that football players, boxers and war veterans have increased risk of dementia due to the repetitive trauma they receive to the head.

Poor food choices such as a sugar-laden diet can cause diabetes later in life. According to a study, diabetes is a risk factor for dementia and other cognitive impairment. Heart disease and stroke can also be caused by poor food choices. A mentioned previously, cardiovascular diseases can cause damage to the blood vessels of the heart and brain. It is therefore, important that you always eat a balanced and nutritious diet. Avoid high sodium, high sugar, high fat and processed foods.

Although there are no sufficient evidence that cognitive activities such as reading, doing crossword puzzles and other brain stimulating activities can indeed improve conditions in those with dementia, it would not be harmful to try doing these activities. Watching TV and playing video games do not promote dementia and other cognitive disorders, so there is no need to stay away from them too.
photo credit: Total Grade: 95 via photopin (license)