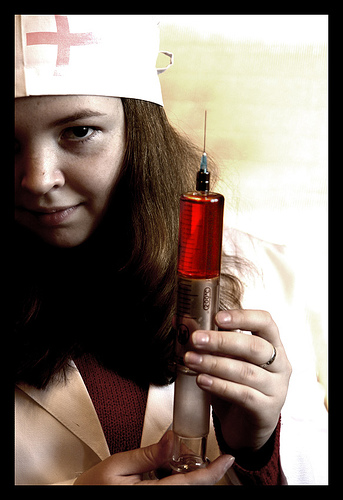 Feed a cold and starve a fever. You’ve probably heard about this since you were little. There are many old wives’ tales and myths that still exist up to this day. Surprisingly, despite the many scientific studies taking place and spread all over the Internet, many people still believe in myths about health in general.

Here are some of the most common health myths and the truth behind them:

1.      You’ll die if you drink too much water because of the fluoride in it.

Truth: Drinking too much water can indeed cause death. However, this is not because of fluoride. Overly hydrating yourself can cause water to migrate to cells, causing them to swell and eventually die. When the body cannot excrete water fast enough to balance with water intake, it can cause electrolyte imbalance, seizure due to brain swelling and other complications. The conditions is known as water intoxication.[1]

Truth: While it is true that milk contain tryptophan that can help you fall asleep, you would need the acid in large amounts before it can have an effect on you. This means that you need to drink gallons of milk before it can induce you to sleep. However, drinking a glass of warm milk can have its benefits since it can have a placebo effect in putting you to sleep.[3]

4.      Body heat escapes more in the head so always wear a hat to trap the heat.

5.      Voluntarily crossing your eyes will make them stay that way permanently.

Truth: Is there ever a kid who never crossed his eyes once in his life? Most of us, at some point in our childhood, learned how to cross our eyes to fill our curiosity how it is to be cross-eyed or simply for the fun of it. Our eyeballs are controlled by six muscles that help us move it to the right, left, up, down or roll it. Those who are really cross-eyed have weakness in their muscle that pulls the eyeball outwards. This causes the muscles in the inside part of the eye to pull it strongly inwards. So if you cross your eyes often, it will not make them stay that way. However, it may cause eyestrain in the long run. [5]

There are still many myths that people continue to believe even to this day. When people tell you things that you find too ridiculous to believe, I suggest that you do a little research to prove its authenticity. Sometimes, we blindly believe in everything that people around tell us especially if they are family. However, always make it a habit to search for the truth because the truth is always out there (no pun intended).