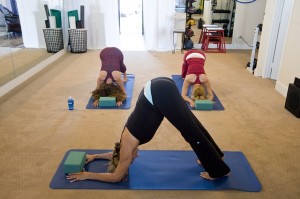 Now that a wellness tax, otherwise dubbed by the local media as the yoga tax, is in place in the state of Washington D.C., many groups, such as the yoga community, are debating whether yoga is indeed a form of exercise or not.

According to Yoga Alliance president, Richard Karpel, yoga primarily unites the mind, spirit and body. Exercise is only a secondary by-product of yoga. For this reason, Karpel believes that yoga studios should not be subjected to the 5.75 percent sales tax extension.

Is Yoga a Form of Exercise?

According to the Oxford Dictionaries, exercise refers to any activity requiring physical effort and carried out to improve health and fitness. Merriam Webster defines it as any movement done to become healthier and stronger.

Based on these definitions, it is safe to say that yoga is indeed a form of exercise. There are many different types of yoga. However, Hatha yoga, which is popular in the West, involves low impact exercises that include correct breathing techniques and stretches. It also employs meditation which can help relax the mind and free it from stress and anxiety.

Hatha yoga has been known to relieve various physical conditions such as back pain, hypertension, rheumatoid arthritis. It can also help patients suffering from cancer, depression and dementia. Yoga functions both as a physical and mental exercise because it keeps our body and mind in good condition.

In July, the yoga community submitted a letter to the Office of the Chief Financial Officer, pointing that yoga should not be considered as a form of physical exercise. Karpel, the yoga community’s representative, cited that a New York tax legislation in 2012 excluded yoga studios from paying additional sales taxes. The state did not consider yoga as exercise.

Nonetheless, the Office of the Chief Financial Officer remained firm in their decision. Yoga should be included in the wellness tax. According to the agency’s public affairs officer, David Umansky, if yoga studios are charging a fee for doing it, then it is taxable.

Are there Possible Negative Effects of the Wellness Tax?

Due to the added sales tax, many of those who oppose think that it can somehow discourage the District residents from getting fit and healthy. However, according to Jenny Reed, supporter of the wellness tax and policy director of the DC Fiscal Policy Institute, the 5.75 percent additional tax hardly makes a difference in the current rates.

For instance, according to Reed, a gym membership of around $70 will become $74 if the additional sales tax will be implemented. The additional $4 is a very small amount to make a difference in the way people view fitness and health.

The main purpose of adding this extra tax on fitness clubs is to lower the overall tax base of Washington DC. Besides, there is really no free workout. When people buy fitness gears and equipment they still pay taxes and this hardly stop people from getting fit, added Reed.