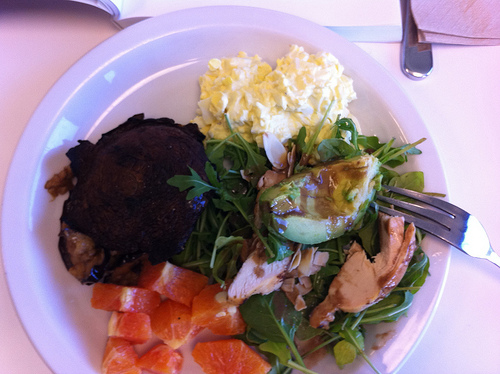 In recent years, Paleo diet has been very popular and still remains as one of the highly successful types of diet. Vegan diet is also equally well-known as many people, especially those who belong to certain religious sect, choose to become vegetarians for life. Despite having benefits, each of these diet has its own disadvantages. Dietary restrictions usually prevent the eater from getting enough vitamins and minerals from various sources. For instance, for vegans, they may become deficient in Vitamin B12, zinc, calcium and iron which are commonly found in animal sources.

Pegan Diet: Why was it Created?

The diet involves eating 75% fruits and vegetables and 25% lean meat. One of the common points in Paleo and Vegan is the emphasis placed on plant-based foods. These foods serve as the main sources of vitamins and minerals in Pegan diet. Since this is a hybrid diet, it combines plant-based foods with animal sources. However, the diet only allows protein from animals that are grass-fed and free from anti-biotic. Lean meat may come from chicken, beef, fish and poultry product such as eggs. Beans and legumes are not permitted in Paleo diet due to the phytic acid content. It prevents nutrients from being absorbed by the body. However, in Pegan diet, it is allowed in small portions. Fats are also incorporated in the diet although it should come from plant-based sources. Omega 3 fatty acids are the main sources of fats and comes from avocado, avocado oil, olive oil, nuts and nut products. Whole grains are also a must in the hybrid diet since it is a major source of Vit. B complex. Other grains permitted include quinoa and other gluten free grains.

Both Paleo and Vegan diets do not permit dairy in their eating plan due to the difficulty in digesting it, therefore, it makes sense not to also include them in the Pegan diet. Soy is not allowed in the Pegan diet since according to studies, it can cause an increase in estrogen which can disrupt the normal hormone levels in the body. Finally, sugar is limited in both diets and in almost all types of diets for that matter, especially those found in refined and processed foods.

Is it More Sustainable?

Definitely! Creating a hybrid diet and combining some of the principles and eating practices of both diet plans ensures a nutritional diet. People will tend to adhere to it because no certain type of food category will be missed.   photo credit: Paleo Food I Ate via photopin (license)