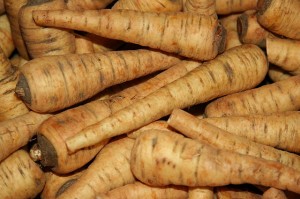 What is the glycemic index?

The glycemic index (GI) is a scientific value used to measure the impact of carbohydrates on a person’s blood sugar levels. Carbohydrate containing foods can be tested and given a GI number between 0 and 100. It was originally created as a tool for diabetics to use to control their blood sugar.

A food’s GI can be effected by several factors. High fiber foods and foods that have fat and protein in them take longer to breakdown and absorb into the body.  Thus, their GI measure is lower than foods that are made predominantly of low fiber carbohydrates and sugar.

Research on the effectiveness for eating low GI for weight loss has been inconclusive. Those that support low GI diets as a weight loss tool site two main benefits: satiety and fat utilization.

Lower GI foods take longer to digest. Some studies have shown that slower digesting food increase feelings of satiety in dieters independent of the amount of calories or nutrients they have consumed.  An article in The American Journal  of Clinical Nutrition sited 16 separate studies which supported the idea that low GI meals provided the consumer with an increased level of fullness when compared with the effects of a high GI meal.

Researchers have hypothesized that the blood sugar spiking effects of eating high GI meals can inhibit the body’s ability to burn stored fat. When blood sugar is high the body preferentially uses glucose as an energy source thus leaving fat deposits intact. It has been suggested that a diet with an overall low GI could improve one’s ability to burn fat.

Obviously, the combination of increased satiety and higher levels of fat burning is very appealing to those of us who are trying to lose weight. Scientific studies have produced conflicting results on both counts, but many weight loss experts still find the evidence compelling.

Limitations of the glycemic index

For example vanilla cake has a GI of 0f 42 which makes it a low GI food.  On the other hand, parsnips are a high GI food with a score of 52. The vegetable, parsnips is an unrefined source of several valuable nutrients like fiber, iron and vitamin C. Parsnips would be a much more nutritious choice when compared with cake which has a low nutrient content and a much higher calorie count.

The glycemic index is just one of many measures you can use to evaluate the nutritional value of the foods you eat. There is limited proof that a low GI diet will help you lose weight.  If you intend to follow a low GI diet be sure to focus on eating whole natural foods and avoid processed high calorie junk foods that are low in nutrients.