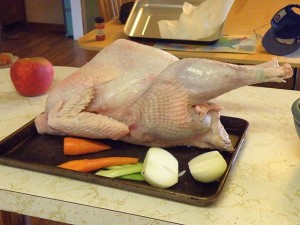 Regardless of your taste preference for white or dark meat, we will take a look at the actual nutrition information on whether white meat really is the healthier option.

White & Dark Meat by the Numbers

Fear not, lovers of dark meat! While white meat is the healthier choice for lower calories, fat content and protein amount, there are several reasons why dark meat is still good for you.

For those who prefer to eat dark meat, but are concerned about the calorie and fat content, consider a few final facts.

While dark meat does have extra fat, it actually raises the body’s amount of cholecystokinin. Cholecystokinin is a family of hormones that acts like a hunger suppressant. So even though you’ll be getting more calories by eating dark meat, it is less likely that you’ll overeat after the meal is done.

Also, as for those “extra calories” that dark meat carries, it comes down to about 8 calories more per ounce compared to white meat. If you’re looking to lose weight, but prefer dark meat, remember that you’re not exactly packing on the pounds by not selecting white meat!

There are nutritional benefits to both white and dark meat poultry. While calorie, fat and total protein numbers support lighter meat options, dark meat has plenty of benefits, too.