Many people believe that being overweight is simply the result of overeating. However, obesity is a complex issue. There are many social, physiological and psychological factors that contribute to obesity.

One of the components of obesity that is gaining notice from the medical research community and the media is a condition know as leptin resistance. Leptin resistance is one of the many pieces that make the obesity puzzle so difficult to put together.

The hormone leptin was identified in 1994. Scientist discovered that leptin was responsible for regulating how many calories we eat and burn, as well as how much fat we carry on our bodies.

Shortly after its discovery, researcher began to hypothesize that a deficiency of leptin could be the root cause of obesity. Further research soon debunked this line of thinking. As it turns out, people who are obese have high levels of leptin because leptin is created by fat cells.

Today we know that leptin’s influence over our body is more complicated then we originally thought. 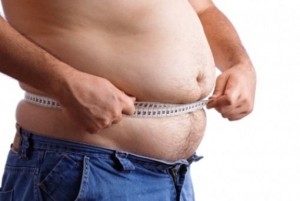 What is Leptin Resistance?

Leptin deficiencies do not cause overeating or obesity in most people. In fact, it is believed that the overproduction of leptin by excess fat cells can contribute to obesity. Many obese people have been shown to have high amounts of leptin circulating in the blood, but it doesn’t seem to affect appetite.

This condition is called leptin resistance because even though the body has high levels of  leptin in it, it doesn’t respond to it. Leptin resistance can prevent the brain from knowing when you’ve had enough to eat. Thus, leading to chronic overeating and food cravings.

Scientists do not know exactly what cause leptin resistance.  One theory suggest that the hormone is not reaching the right targets to control appetite. Another theory postulates that the receptors that leptin needs to bind to stop functioning properly and therefore cells can’t respond to the hormone.

No matter the root cause, leptin resistance makes it difficult to control your appetite, avoid overeating and burn energy.

Can you “cure” leptin resistance?