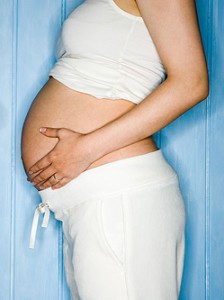 One of the hardest routines to break is that morning cup of coffee. It provides a quick pick-me-up, a moment to contemplate the day ahead and, more than anything, it’s a daily tradition! However, if you’re pregnant, an increasing amount of research suggests that drinking coffee during pregnancy could be bad for the baby.

Many recent studies have tried to definitively answer the question of whether or not coffee harms an unborn baby. To be fair, the majority ask whether significant amounts of caffeine hurt the baby, but coffee comes up often in published research.

Problems with drinking coffee during pregnancy

Research and new studies will undoubtedly continue to be published, but here are some of the top reasons to stop drinking coffee while pregnant.

Low Birth Weight – A recent Norwegian study analyzed data on 60,000 women. The findings suggest that coffee and other caffeinated drinks actually increased the chances of delivering a low birth weight baby. The beverages could also extend the total gestation period.

Researchers state that “every 100 mg of caffeine consumed by the mother per day equated to a nearly one ounce reduction in the baby’s weight at birth.”

Decreased Heart Function – In a 2009 animal study from the Yale University School of Medicine, research indicates that “drinking the equivalent of just two cups of coffee while pregnant could be enough to affect long-term heart function of the offspring.”

The study was conducted upon pregnant mice. For ethical reasons, a comparable research trial cannot be performed upon humans. However, Yale researchers did find a reduction in overall heart function which could translate to humans.

Once again, however, as in the Yale University study on pregnant mice, an exact relationship between caffeine and these results could not be proven. The reason is that conducting a study where one set of participants drink a specific amount of caffeine and another group does not would be highly unethical.

Decaf – You may have hated the idea of drinking decaffeinated coffee before, but if it’s the flavor you’re after, consider switching to decaf. While some decaf options still have a bit of caffeine, they contain nowhere close to the amount of a regular cup of joe.

Small Steps – Similar to many addictions, caffeine withdrawal may not be an easy process. Reduce your intake gradually by either dropping the number of cups you drink daily or by mixing in decaf a little more each time.

Tasty Teas – Some women find that herbal teas actually appeal more to their taste buds than coffee during pregnancy. You can still get lots of flavor without the potential side effects of high caffeine levels.

Even if the research is not 100% conclusive that drinking coffee during pregnancy is horrible for the baby, it is at least worth considering. The potential downsides upon your baby may be too much to bear even without clear proof. If you’re going to stop drinking coffee or caffeine altogether, you do have some other options!