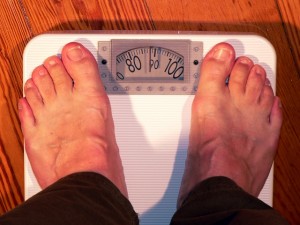 This is a hot topic in the diet community. One side says that diet soda will cause you to gain weight while the other says that it does not. Let’s see what the research and data say about diet soda and weight gain!

Is Diet Soda Bad For You?

This question is the crux of the “diet soda causes weight gain” crowd’s argument. If diet soda can be determined as nutritionally bad for your health, then a possible correlation with weight gain could exist, too.

Several studies show that the link between diet soda and diabetes is high. The link is even stronger for women.

The American Diabetes Association cites a study of 6,814 individuals aged 45-85 years. Researchers found that the daily consumption of diet soda was matched with a 67% risk increase of type II diabetes.

In another study published in the American Journal of Clinical Nutrition, more than 65,000 French women had their dietary habits tracked for 14 years. Researchers noted that “women who consumed the most diet drinks had a 121% greater risk of developing type II diabetes.” It should be mentioned that this study focused mainly upon artificially sweetened diet sodas.

The journal Circulation published a study in 2008 that followed 9,500 people for 9 years. The researchers found that “drinking artificially sweetened beverages was associated with a 34% greater risk of developing metabolic syndrome.”

According to these studies, the consensus would at least be that “diet soda does not appear to be good for you.” However, our question is whether or not diet soda makes you gain weight.

Does Diet Soda Cause Weight Gain?

Researchers from the University of Texas Health Science Center at San Antonio analyzed a seven to eight year span of data from more than 5,000 adults. The study reviewed the correlation between those who drank both sugar-sweetened and diet sodas and whether or not they gained weight.

They found that diet soda drinkers were more likely to become obese. In addition, the more diet sodas a participant drank, the greater their weight gain.

A different study conducted at the Johns Hopkins Bloomberg School of Public Health reviewed over a decade’s worth of data regarding food and beverage consumption. In general, the study revealed that adults with a healthy weight who also drank diet soda ate “significantly fewer total calories on a typical day than did healthy-weight adults who drank sugared drinks.”

Thus, placing weight gain blame solely on the diet soda may be incorrect. Overall diet and fitness health of the individual could play a role, as well.

Perhaps the head of Nutrition Epidemiology at the University of North Carolina, Chapel Hill puts it best: “especially in America, we have a lot of people who eat high-fat, high-sugar diets, but also drink diet sodas.” Translation: it is possible that people with the worst diets tend to drink diet sodas more than others.

There is research to suggest that drinking diet soda does, in fact, correlate with gaining weight. However, it does not conclusively prove that it is diet soda itself that causes the weight gain. If you choose to drink diet soda, don’t forget to consider the total amount of calories you to take in throughout the day.