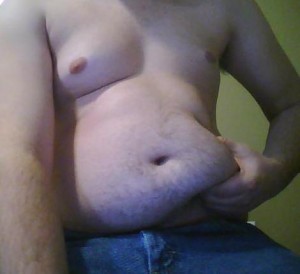 Have you been eating healthfully, exercising diligently and still experiencing weight gain? Are you tracking your meals and working out hard, but actually putting on pounds?

Weight gain is often caused by a combination of eating too much (calorie surplus) and a sedentary lifestyle. However, sometimes people can gain weight through no fault of their diet or exercise habits!

Unexplainable weight gain can be caused by many things from certain medical conditions, the aging process or even some prescription drugs. If you’ve been putting on weight despite your healthy lifestyle, consider the following information.

Three medical conditions that have been linked to weight gain include Hypothyroidism, Cushing Syndrome and Polycystic Ovarian Syndrome (PCOS). Each condition has different symptoms and causes, but each include unexplained weight gain.

Hypothyroidism is a condition in which the thyroid gland does not make enough thyroid hormone. The thyroid gland is a significant part of the endocrine system in charge of the body’s metabolism. Normal metabolic functions, such as maintaining cell, bone and muscle health, are affected by the improper hormone levels.

While no symptoms are exclusive with hypothyroidism, if left untreated, hypothyroidism can cause obesity, joint pain, heart disease, and infertility.

Cushing syndrome occurs when very high levels of the hormone cortisol exist in the body. The adrenal glands produce cortisol which helps with many of the body’s functions including metabolism and the immune system. One common reason for high cortisol is overuse of corticosteroid medications.

Easily bruised skin and weight gain (especially in the upper body) are two common symptoms. Menstrual irregularities and excess body hair can occur with women while men can develop erectile and fertility problems.

Polycystic ovarian syndrome, or PCOS, is a condition in which a woman’s levels of estrogen and progesterone are unbalanced. Because of the imbalance, ovarian cysts can form. Significant problems caused by PCOS include changes in a woman’s menstrual cycle, fertility, cardiac function, and appearance.

While the exact number of women with PCOS is unknown, the U.S. Department of Health and Human Services estimates that between one in 10 and one in 20 women of childbearing age suffers from PCOS. Other sources suggest that the figure may be closer to 1 in 5 women.

One of the most common causes of unexplained weight gain is menopause. It is the natural biological process that marks the permanent end of menstruation and fertility for a woman.

During menopause the ovaries stop making eggs and the body reduces the amount of estrogen and progesterone produced. Menopause causes a significant amount of hormonal change. While the decrease in hormones increase the potential for weight gain, hormone changes are not the only cause.

Another natural cause of weight gain is also a part of the aging process. Metabolism slows as the body ages. Thus, we need less calories per day. If no adjustment is made, the body can store the excess calories as fat.

Lastly, some prescription drugs have been directly linked to increased weight. A few of the common ones include Paxil, Prozac, Prednisone, Thorazine and a few allergy medications.

If you have been noticing consistent weight gain despite not changing your diet or decreasing your physical activity, consult your physician. It could potentially be caused by a variety of medical conditions or even medication.